Euroregion advances in its project Bauhaus Villages for the Future 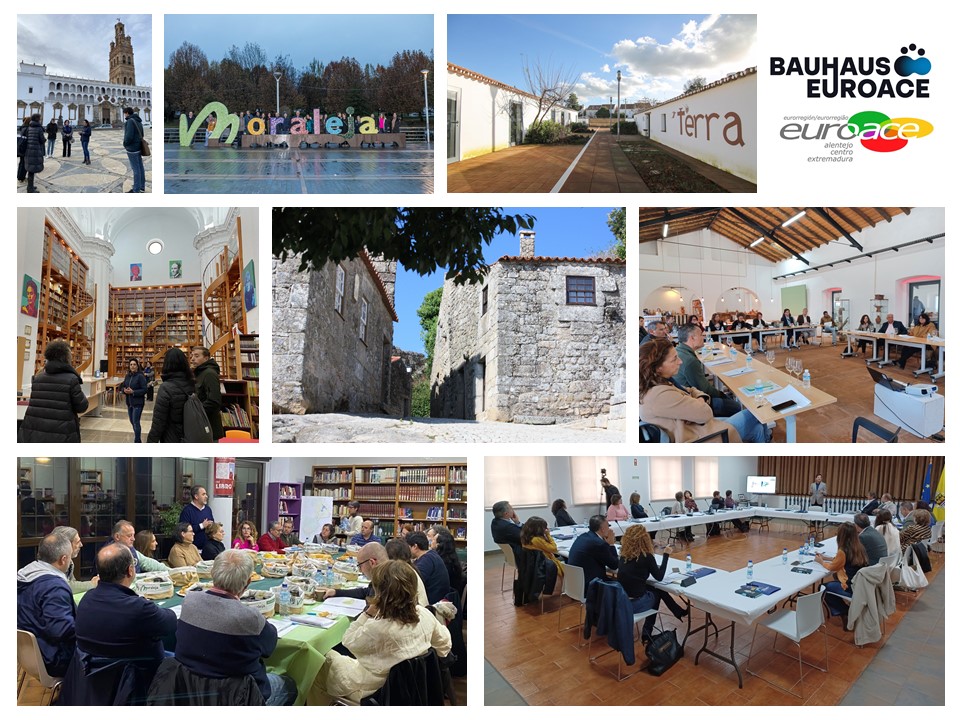 Bauhaus Villages for the Future is a joint project of the EUROACE Euroregion (Alentejo - Centro - Extremadura) that has been selected by the European Commission, among more than 80 initiatives submitted, in the European call for technical assistance to transformative projects in small and medium-sized municipalities that follow the guidelines of the New European Bauhaus (NEB).

The coordination team of this assistance programme has toured the towns of the Euroregion participating in this project. These are the Extremaduran towns of Llerena - Campiña Sur (Badajoz) and Moraleja - Sierra de Gata (Cáceres); the municipalities of Pampilhosa da Serra, with its village of Dornelas do Zêzere, and Sabugal, with its historic village of Sortelha, in the Centro Region; and on the Alentejo side Reguengos de Monsaraz, with its pottery village of São Pedro do Corval, and Arronches, the municipality in which the border villages  of Esperança and O Marco / El Marco are located.

The network of Bauhaus Villages for the Future promotes the regeneration of rural spaces, following the basic principles of the New European Bauhaus (NEB) of sustainability, inclusion and beauty, to which is added the involvement and participation of citizens in their conception, that is, involving the inhabitants in the generation of ideas and actions that lead to the creation of spaces that the citizens themselves want and need.

The EUROACE Euroregion is firmly committed to ensuring that the New European Bauhaus is also rural and not limited to the urban environment. In this sense, the Directorate General for External Action of the Regional Government of Extremadura, together with the Directorate General for Urban and Regional Planning, has worked with the Coordination Commissions of Alentejo and Centro to take this approach to the project into account.

After an initial coordination meeting held in Dornelas do Zézere (Centro de Portugal), the first contact with local groups took place in Llerena (Badajoz), where proposals for action for the locality in the Albuera Park were presented. Moraleja (Cáceres) was the next stop on this tour, where some ideas for action in the area of Rollo Picota, next to the River Park, were presented. The tour ended today at the Casa do Barro de São Pedro de Corval, in the municipality of Reguengos de Monsaraz, where the aim was to define and implement new actions for the selected villages of the Euroregion, structure areas of influence and promote new relations between the rural and urban areas.